If you had to choose to live without either butter or chocolate, which would you choose? Both are dire (albeit hypothetical) prospects. For me, after careful consideration, I’d have to choose butter. I just can’t live without croissants, hollandaise sauce, cream cheese frosting, or lemon curd. Butter, really good butter, is one of life’s singular pleasures. I can’t think of anything more delicious than simple butter on lightly toasted bread, with a light sprinkling of sugar, salt, or both.

Butter, really good butter, is one of life’s singular pleasures.

But what makes butter good butter? Does it have to be made from organic milk? Is butter from grass-fed cows really that much better than that from corn/grain fed cows? Is winter butter, almost white from the hay the cows eat, better than the yellower, grass-fed spring butter? Is European butter, with a minimum butterfat content of 82%, better than its less-fatty counterparts?

To try to answer some of these questions, I conducted a taste test between three butters.

I focused the color, texture, and taste of the raw butter.

For the purposes of this test, I focused solely on three things: the color, texture, and taste of the raw butter. I sampled the butter several ways: on its own (I tasted about 1/8 teaspoon portions of each), and on some toasted pandesal (both by itself and then with a sprinkling of salt (for the unsalted varieties) and muscovado sugar).

This is the butter that we all grew up with. While it’s the cheapest among the butters I tested, it’s not entirely without pedigree. It is imported from New Zealand, where the use of growth hormones is prohibited in dairy farming. The local website for Anchor does not provide further detail on the production process, or the grazing standards for the cows, but the international Anchor site indicates that the cows are free-range and grass-fed. Whether that applies to the cows that produce the milk for the butter exported to the Philippines is not known. 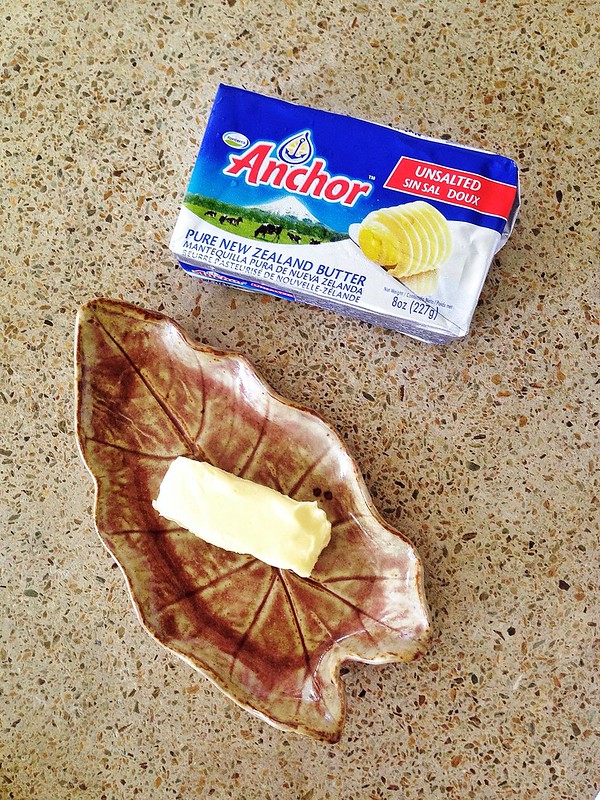 President is a French brand that makes cheeses and other dairy products. While this is still a mass-produced butter, they take their butter very seriously in France. It’s probably still fancier than most other choices in your local grocery. It is made in Normandy, one of France’s foremost dairy regions, with milk from grass-fed cows. 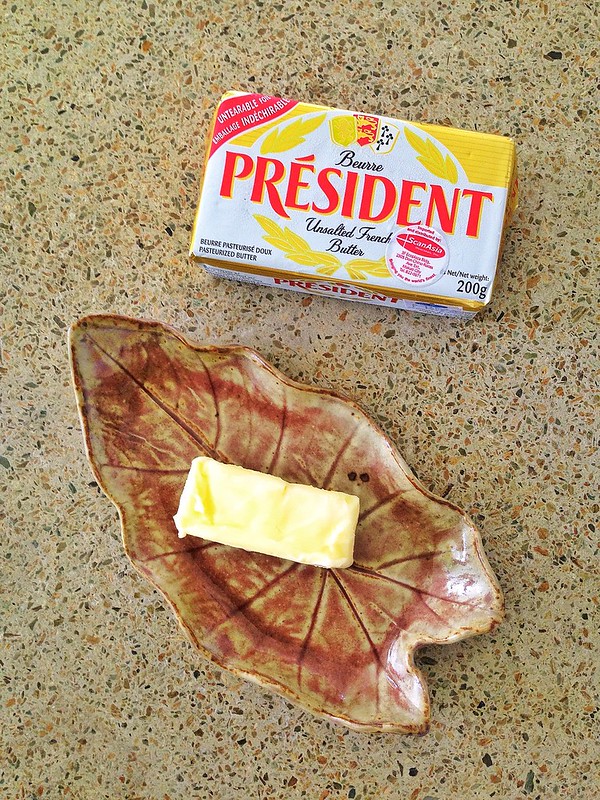 This butter is made from cows that graze on grass within a specified region.

Beurre d’Isigny is butter from a small area of Normandy granted an AOC (appellation d’origine controlee) certification. This means that the butter is made from cows that graze on grass within a specified region that gives their milk distinct characteristics specific to the region’s terroir. The cream from the cow’s milk is cultured for sixteen to eighteen hours and the matured cream (which turns into a sort of crème fraîche) is then churned into butter. The unsalted variant was out of stock, so I had to work with the lightly salted (2% salt) variety. 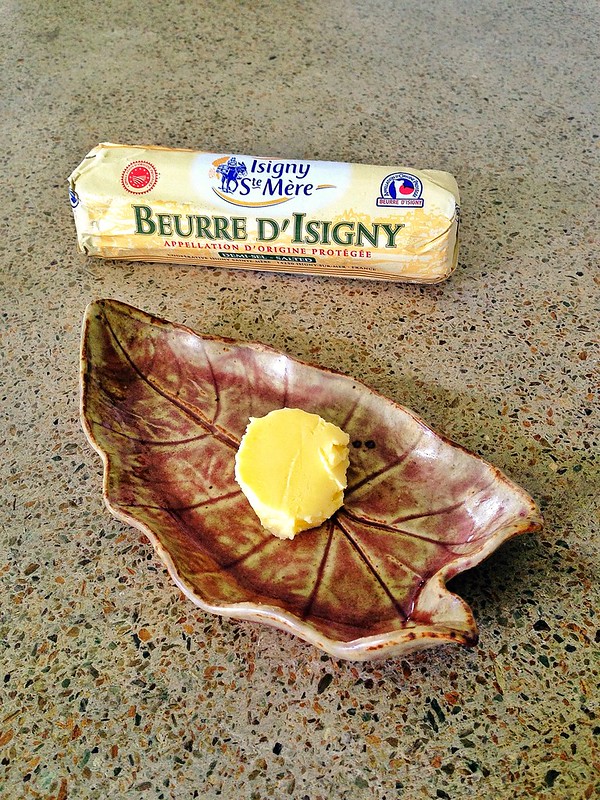 The French win this one, without a shadow of a doubt. Anchor butter is, I’m sorry to say, bland. Even on its own, the buttery flavor I’ve learned to look for was barely perceptible. When spread over the toasted bread, it was completely lost. I placed a very generous pat of it on the pandesal, and I could still barely taste it. It just felt and tasted like the bread was brushed with a neutral-tasting oil. It also had the greasiest mouthfeel among the three butters, as well as the palest color.

I suppose it should come as no surprise that the French, who consume the most butter per person globally, also make the best butters in this test. I’m pretty sure the global title is a lock for them as well. After the disappointing blandness of Anchor, both the President and the Isigny Sainte Mère butters reaffirmed my ardent love for the stuff. Both had a wonderful, subtle nutty flavor that still shone through, even on top of pandesal. Both also had a slight tang (one that’s more pronounced in the Isigny butter) stemming from the fermentation process. While both French butters were smoother on the tongue than Anchor, the Isigny butter was denser and silkier than it’s mass-produced compatriot. The AOC butter also wins the beauty round with it’s buttercup yellow color, a distinguishing characteristic of Beurre d’Isigny.

Both had a wonderful, subtle nutty flavor

The President and the Isigny Sainte Mère are both so good, I really couldn’t choose between the two (even after way too many taste tests and one whole empty bag of pandesal). Of course, if my wallet could talk, it would insist on the President. The Isigny butter is just too expensive for everyday consumption. A part of me wants to keep the current roll I have under lock and key in the fridge.

What did we learn from this test, apart from the fact that I can blame Pepper for the spike in my cholesterol levels this month? Like chocolate, it does pay to spend a little more on Normandy’s white gold for a significantly better flavor and eating experience. If you’re going to be consuming the calories anyway, shouldn’t you choose the tastiest and silkiest option you can?

Do you like butter as much as I do? Or are you puzzled by my Paula Deen-tendencies? Do you have a favorite butter to use? Sound off in the comments.

Pepper’s Salad Guide: The Three Basic Parts of a Salad

We make recipes & cooking content for young city-dwellers in the Philippines. We’re on a mission to empower and entertain young folks in their kitchen, no matter how small.